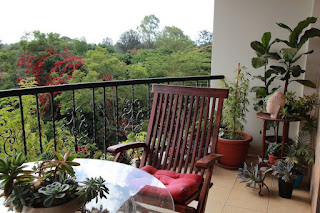 She hands me a cigar. For a second, our eyes lock; mine in hesitation, hers… I felt they were just invasive, crawling me.

“Try it” she goes. “It’s Parliament hybrid,” like the name of the cigar. Now I wouldn’t really care even if it was the Senate, I don’t smoke. She knows that.

She takes another puff, the cigar gently pressed between her lips, she sucks the life out of it, releases the thin almost colorless smoke to the air. The cigarette must be happy to die from the grasp of this woman, the results are usually different when it’s handled by a man.

“Why not” I agree to try it. It’s been a while. The last time I smoked I was 7, I guess. I had rolled some newspaper with Lantana Camara and smoked the leaves. That’s as far as imitations go for kids. Some of these things we have to learn, you never know. With my kind of motivation for heaven, cigarettes could be a delicacy at the high table. But with a little twist, Heaven is not your ordinary place, so the cigarettes might be made from dried tomatoes, or pounded sisal maybe even cooked aloe vera.

The smoke has some flavor in my mouth, can’t describe it, I’m no chef, I just know it is a distant taste; distant like my thoughts. It is Corona season; imaginations are riding horses.

Janelle smiles. You know that smile a woman gives you when you finally remember her birthday?

She is not a smoker, at least she was not until a month ago. She is a well brought up woman, the only daughter in a family of five. She’s the third born, standing tall in the middle of the family tree. The father was a bishop at some Deliverance church in Nakuru where she grew up. Trained to make bible her friend, she has even mastered the Book of Habakkuk the way you’ve mastered the story of the Garden of Eden. Bright, beautiful and religious, that’s how Janelle grew up. She once told me her father pictured her being a doctor in one of his wishful thoughts; those parent’s dreams that never come true. Her passion lay elsewhere. She loved drama, tried singing, then modelling during her college years, then got something like a trip to Singapore, her first flight. She says that’s when she thought of being in the airline cabin crew; the organization, the colors of the Kenya airways crew and the courtesy that comes with them.

She flew with KQ for 6 years after college before quitting in 2016.

This was supposed to be her breakthrough year.

“This is all so fu**ed up” she tells me, as she sinks into a bow-shaped arm chair. Frustration is written all over her face. COVID-19 had really eaten into her guts deeply. She had started this events company in 2017, business hasn’t been so kind. She has had to learn a lot; the ride has been rough and she’s been equally tough. But in business tough is not enough, you have to be smart to stay relevant. And even that isn’t enough yet, you have to build a team, money slips through the fingers every day. You get too busy to even notice that a bat, one of the ugliest mammals with wings has become a delicacy in China, and your life is about to stop.

Her company had signed up for more than 30 events scheduled between February and June, they have done none. She tells me there’s nothing that prepares you for a one-year break from business, not even experience.

She excuses herself into the house, to pee perhaps or cry. I don’t get to ask.

I’m left at the balcony to admire the beautiful landscape of Kilimani, even in the obvious sadness, this place gives you this appallingly sterile view. The quiet makes you forget the distant rush, awarding you a rather Christ-like silence, the kind that caresses your skin like the ocean winds. I am always drawn to quiet. Like a magnet it captures me, I always tend to think that in silence lie the most of the energies, probably drawn from all the noise and chaos, trapped by nature, absorbed into trees and the released silently to the wild world. And don’t they say that Your calm mind is the ultimate weapon against your challenges? Lately I’ve also been challenging myself to beat the odds, life has erected big roadblocks on human path.

She has this beautiful house. She had taken a mortgage of twelve years for this 4-bedroom house off Dennis Pritt. It's probably taking a good scratch to pay. She has told me a couple of times how she thinks it was such a bad idea; that she could have invested half of that to build a home in Nanyuki. These are the thoughts that feed your mind in a crisis, you doubt the decisions you’ve made in the past, however good they are. Ideas vanish in the air when you have money only to appear when you are broke; it’s common, probably even our brains have adopted the YOLO dance.

It starts raining, just some little showers, heavens are pregnant. Janelle joins me at the balcony, she looks a bit relieved now with some distant smile on her face. She has these dimples on her cheeks that she ever uses to hide her emotions.

“Did you ever dance in the rain?” she asks

“Yes, so many times when I was a kid”

Of course, I don’t miss it, but I won’t tell her that.

“I miss the naked part” I tell her.

“What do you mean the naked part”

“We used to dance naked” … yes, with my brothers and two sisters with the kids from the neighboring homestead. It was beautiful, so long as there was no lightening. Back then my penis was the size of a match stick I didn’t even notice it was there.

Janelle tells me they used to jump rope skipping in the rain, or just jump in the mud, fall on your back and get on your feet then fall again, like you didn’t care at all. The only person who get to worry is your mother perhaps, you are a free soul, everything is right before your eyes. Even Omo supported the mud games, told them ‘Dirt is Good”. Those were the days she felt completely free, throwing herself out to nature, when there were no thoughts; just beautiful memories. A child does not think beyond what is in sight, that’s something you are denied when you grow to an adult.

“But we set the standards, right?" I ask her.

“Yes, because the society wants just that”

“What if you don’t set the standards?” My approach is a bit different, probably because we have different experiences.

“You find yourself at the bottom of the food chain” she says. At the bottom of food chain is grass, you can only be eaten. The best you can have is oxygen to make you look good enough for eating.

“I don’t know how this pandemic ends Janelle, but I think it can only make you stronger” I mean, at least she had some savings to take her through a few months, some can only count their fingers.

“So how has everything changed during this period?” I ask her.

“A lot,” she tells me, “To be honest, I wake up a bit late. I used to get up before 6, now it’s 8, I had subscribed only to Netflix, now I have Showmax and Amazon added to the list. My two-hour watching a day has dramatically gone up to seven” I guess that’s what they call Netflix and chill. “I eat, watch, read, stop reading, exercise for an hour a day, shower, watch again, think of sad things, then cry, like a baby, search for some Eddie Murphy movies to laugh off my pettiness… and the cycle continues.”

But she tells me she has learnt much about patience this season. “When your world stops, you’ve got to be patient. The architecture is beyond reach, you can only pray He sees you through.” Time heals wounds, but you’ll need a third eye to see that. Sometimes in life we are too occupied by the miseries around us that we fail to notice the accompaniment of blessings that come with it. Beyond the beautiful rain is a troubled sky, but if were to worry about the sky would we ever notice the little beautiful showers?

The darkness creeps in, it’s ten minutes to seven. I’d have to beat traffic in 40 minutes to get home, I don’t feel like taking chances, she probably won’t allow me to do that too. Seems like it’s going to be a long night here in Kilimani. I have a few stories to tell tonight. Plus, it’s been a while 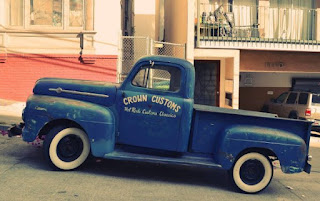